This item is available on the Militant Islam Monitor website, at http://www.militantislammonitor.org/article/id/7566 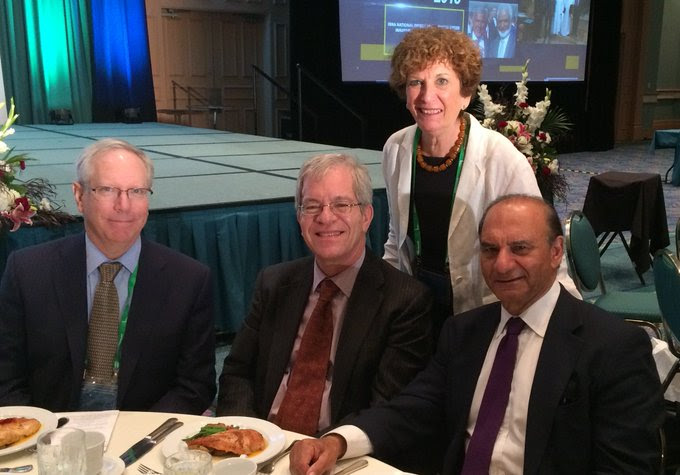 Wow, I joined Jews for Jihad and didn't even know it. Deeply honored.bit.ly/2iRjkyg

MIM: This from Jihad Watch on Linda Sarsour's call for jihad:

"...Sarsour's call for jihad came in the midst of her denunciation of the Trump administration at the annual convention of the Islamic Society of North America (ISNA) over the July 4 weekend. Sarsour said:

"...I hope that when we stand up to those who oppress our communities, that Allah accepts from us that as a form of jihad, that we are struggling against tyrants and rulers not only abroad in the Middle East or the other side of the world, but here in these United States of America, where you have fascists and white supremacists and Islamophobes reigning in the White House...."

His 19 year old son Irfan aka Imran left Harvard medical school and was killed fighting in jihad in Afghanistan.

For more on Farooq and Irfan Kathwari see:

Farooq Kathwari was a speaker at the radical Islamist ISNA conference in 2004.

"...The AJC, another of the useless alphabet organizations that plague the Jewish world, is partnering with an unindicted co-conspirator in funding Hamas..."

MIM:'Jew For Jihad' Silverman doesn't rule out "collaboration" with the Council On American Islamic Relations, a Saudi funded front group for Hamas.

"...Silverman, who started at AJC in May, said he was cautious about working with CAIR but did not completely rule out a collaboration, adding that he would be focusing on working with local Muslim groups to develop a national policy agenda that is "in the interest of both communities."

MIM: Not surprisingly self hating Jew Silverman is also a pathological liar and claims that he is "unaware of anyone in the American- Muslim community who supports ISIS" despite the fact that prominent member Linda Sarsour, a speaker at the ISNA convention he attended openly does. Speaking Sept. 29 at a luncheon meeting at a private home in Summit, Robert Silverman, the AJC's U.S. director of Muslim-Jewish relations, said, "Outreach to American Muslims is really critical." Calling American Muslims "the first line of defense against terrorist attacks," the American Jewish Committee's expert on Jewish-Islamic relations urged Jews in New Jersey to broaden their contacts with Muslim communities....

...Still, Silverman said, he is unaware of anyone in the American-Muslim community who supports ISIS. "They are all appalled by it. They are terrified by it," he said. "People forget that the majority of victims of terrorism are other Muslims."

This item is available on the Militant Islam Monitor website, at http://www.militantislammonitor.org/article/id/7566