This item is available on the Militant Islam Monitor website, at http://www.militantislammonitor.org/article/id/7527

MIM: In 2004 Barghouti was also caught eating during a prison "hunger strike".

MIM: It appears that Arab terrorists and suicide bomber wanabees have decided to change tactics and waste Israeli resources by deciding to eat again.The Israeli prison service refused to grant them computers and equipment to enable them to continue their activities from jail, so they claim to be stopping their "hunger strike " which as in the case of Marwan Barghouti, was even more farcical then their list of 144 demands.

The so called hunger strike which prison officals commented was "very loosely observed to say the least" proved the old adage that "someone who will kill you will also lie to you" . The phony terrorist hunger strike which garnered fleeting media attention and outcries from Israel bashing "human rights groups" could more aptly be termed as having been "from hunger .".http://www.militantislammonitor.org/article/id/240

Mass-murderer who led hunger strike by jailed terrorists filmed eating in secret in his jail cell.

'The lie has been revealed.' 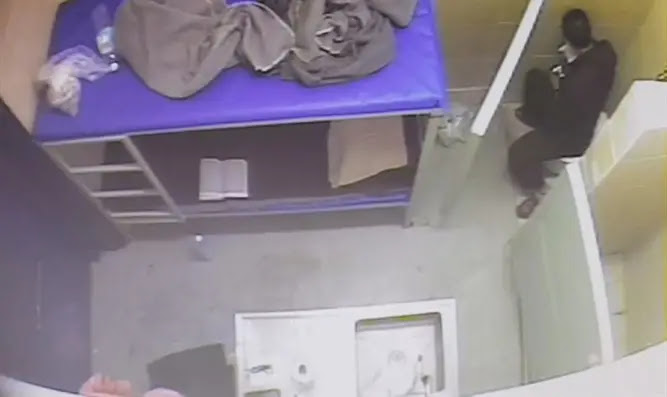 Arch-terrorist and mass-murderer Marwan Barghouti, who has led a hunger strike by jailed terrorists held in Israeli prisons, has been eating in secret while maintaining the pretenses of his own hunger strike, footage released Sunday reveals.

Barghouti, who is believed to be responsible for the deaths of 26 people in suicide bombings and shooting attacks during the Second Intifada and is currently serving five consecutive life sentences for murder, declared the hunger strike in a New York Timesopinion piece in April, in the middle of the Jewish festival of Passover.

But footage of Barghouti's jail cell reveals that the arch-terrorist feigned his own hunger strike, eating in secret in a corner of his room, just as he did in the previous hunger strike he led.

Minister of Internal Security Gilad Erdan (Likud) mocked Barghouti, accusing the jailed terrorist of orchestrating the hunger strike to improve his own political standing while failing to take part in the strike itself.

"The terrorists' hunger strike has nothing to do with their prison conditions; it is simply a [tool] for Marwan Barghouti's political interests, both inside prison and in the Palestinian Authority."

Pizza Hut took the picture and photoshopped a pizza box into it, adding the caption, "Barghouti, if you are going to break your (hunger) strike, isn't pizza the better choice?"

The Arab world did not like the joke, and called on the public to boycott Pizza Hut.

In response,Pizza Hut Israel removed the picture and published an apology.

"It was completely inappropriate and does not reflect Pizza Hut's values. The image was removed immediately, and we have fired the employee who posted it.

"We apologize to all who have been insulted."

This item is available on the Militant Islam Monitor website, at http://www.militantislammonitor.org/article/id/7527