This item is available on the Militant Islam Monitor website, at http://www.militantislammonitor.org/article/id/591 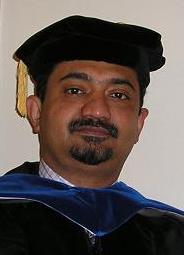 "...Hamas and Islamic Jihad may kill a few Jews, women and children included, with their suicide bombs and temporarily satisfy their lust for Jewish blood, but thousands of Palestinians then pay the price for their actions..." Muqtedar Khan http://www.ijtihad.org/memo.htm

Passion for Palestine:
The Unfinished Saga of Yasser Arafat

The End of an Era

The death of Yasser Arafat in a way brings to an end that era of decolonization which was led by charismatic, revolutionary leaders, fighting for a national homeland as part of the global struggle for equality, justice, freedom and above all self determination.

The mid twentieth century witnessed the rise of charismatic nativism personified in leaders such as Gamal Abdel Nasser in Egypt, Fidel Castro in Cuba, Nelson Mandela in South Africa, and Yasser Arafat in Palestine. These leaders captured the imagination of their people who yearned for freedom and dignity and also captured the media attention of the West which, while often aligned against them, remained mesmerized by their politics, their rhetoric, and their sacrifice for their cause.

Arafat was a man of inherent contradictions. He won the highest honor that our planet bestows on people for working towards peace [The Nobel Prize for Peace in 1994], but he also is in many ways the man who internationalized, even glamorized terrorism, by using it to put the Palestinian cause on the global agenda. Yasser Arafat spent the better part of his life fighting for freedom for his people, but when he had the opportunity to govern them as the first President of the Palestinian Authority he proved to be a dictator rather than a democrat.

In his struggle for a Palestinian homeland Arafat enjoyed spectacular success as well as spectacular failures.

Muslim and Christian Arabs, Islamist and secular Muslim Arabs may disagree on the role of Islam in their society, but there is near universal consensus on the right of the Palestinians to have a homeland in Palestine with Jerusalem as its capital. Arafat's public diplomacy in the Arab world, assisted by the political logic of the Arab nations, is responsible for this passion for Palestine that rages in Arab hearts today.

Even though he started by believing that the Palestinian state could be realized through armed struggle, it is to Arafat's credit that he managed to shift to diplomacy and peace processes as the dominant instrument in the quest for Palestinian statehood. Those who are cynical about his Nobel Peace Prize do not give Arafat his due credit for this transformation. From terrorist to global statesman is not an easy journey; Arafat accomplished this without losing sight of his cause or the support, love, and dedication of his followers. Once he gave up armed struggle, his popularity and influence extended to include Europe along with Asia and Africa.

Arafat's failures are as spectacular as his successes. One of his major failures was his inability to wrest a viable state during the last days of the Clinton presidency. That was the closest the world ever was to resolving the Arab-Israeli conflict and Chairman Arafat must share with President Bill Clinton and Prime Minister Ehud Barak the responsibility for its failure and the subsequent chaos. While many in the US have tried to blame him alone for the failure of the peace process, in all fairness to Arafat, the offer on the table was not acceptable.

Arafat's failure in my opinion was not in rejecting whatever was offered but in his inability to bring more multilateral pressure on the US and Israel at that time to make more concessions. One area where Arafat had failed to register any success throughout his life was in the arena of American public opinion, and this weakness translated into a feeble bargaining position in those tripartite talks. This failure becomes more evident when one witnesses the support he enjoyed in Europe.

Perhaps Arafat's biggest failure was his inability to maintain ideological coherence and unity within the Palestinian movement. The emergence of the Islamic movement as an alternative to his more or less center-left secular Fatah movement has divided the Palestinian people and their aspirations. This cleavage within Palestinian society continues to undermine the resolution of the peace process and may continue to haunt the Palestinians even after their independence.

Arafat will leave behind a legacy but no competent leadership to fill the void in his absence. His authoritarian ways, his secretive management, and his self-centered leadership style have precluded the emergence of a successor who enjoys both domestic credibility and international respect. He leaves behind chaos and hopelessness as the peace process is indefinitely stalled, the Palestinian Authority is in disarray, and there is no clear line of succession.

Until a new leader emerges to resurrect the Palestinian Authority and restore its credibility and effectiveness, the Islamic movements, Hamas in particular, will remain the main proponent of the Palestinian cause. The prospects for the immediate future of the Palestinian people remain bleak. As they bury their leader, these orphans of the world will look to the rest of the world for leadership and support in these difficult times.

Arafat was successful in advancing and popularizing a vision of a Palestinian state with Jerusalem at its capital. If only he had also advanced a vision of an Israeli state coexisting peacefully with Palestine and its other Arab nations and made that vision just as popular, then perhaps he would be remembered as one of the greatest revolutionary peacemakers in history. But Arafat's legacy will have to be satisfied with the judgment that he was the father of the Palestinian nationhood, a charismatic leader who transformed himself from a terrorist to a statesman, albeit an authoritarian one.

MIM: Khan's mawkish prose on the demise of terrorist Yasser Arafat brings to mind the gushing of a fellow Muslim academic, Hamid Dabishi, who's lament upon the passing of his "prince" and "majestic peak" , the proven liar and pseudo scholar Edward Said is a study in fawning adoration.

"The Majesty That He Was" by Columbia professor Hamid Dabashi's ode to Edward Said.

This item is available on the Militant Islam Monitor website, at http://www.militantislammonitor.org/article/id/591