This item is available on the Militant Islam Monitor website, at http://www.militantislammonitor.org/article/id/7941

Criminal Negligence & Treason Are Not Limited To Our Elected Officials

Knowing The Enemy Is The First Line Of Defense
August 31, 2021

As America's last military transport left Afghanistan today, leaving many U.S. citizens behind, the criminally negligent and traitorous behavior of military and civilian leaders is on display for all the world to see.

UTT recently wrote about the criminal negligence of U.S. military leaders during the last 20 years of war in multiple countries after the United States was attacked by Islamic jihadis on 9/11/01. See the article HERE.

Despite the fact the Taliban has 2 of its branches designated as Foreign Terrorist Organizations, is the jihadi organization which fights alongside Al Qaeda and other military jihadi organizations against U.S. forces, shares Al Qaeda's objectives, and commits acts of horrific violence against non-muslims, the commanders of CENTOM – General Kenneth McKenzie (USMC) – and U.S. Special Operations Joint Task Force Afghanistan – Rear Admiral Peter Vasely – refer to the Taliban as "our Afghan partners."

In fact, these military leaders shared intelligence with the Taliban and relied on them to "protect" U.S. forces at the Kabul airport. 13 of our servicemen are now dead along with approximately 160 Afghans because of this catastrophically horrific decision-making.

The Biden regime reportedly launched a strike to kill those who planned the attack in Kabul. Since U.S. military leaders gave the Taliban lists with the names of U.S. citizens and their addresses as well as names and addresses of Afghans who helped the United States, it is not to far a stretch to imagine the Taliban provided the U.S. with the "intelligence" the U.S. used for its military strike which appears to have killed innocent civilians according to media reports.

What is it the Taliban seeks? An Islamic State ruled by sharia.

What is Al Qaeda's objective? An Islamic State ruled by sharia.

What is the objective of ISIS? An Islamic State ruled by sharia.

What is the Muslim Brotherhood's objective? An Islamic State ruled by sharia.

What does every Islamic nation under the banner of the Organisation (sic) of Islamic Cooperation (OIC) officially state is their blueprint for understanding "human rights" between the muslim and non-muslim worlds?

Yet, none of our generals or civilian leaders appear to have even a clue about what sharia actually is and how it drives our enemies. Our leaders exclusively rely on sharia-adherent muslims (aka jihadis) to tell them how to fight this war.

Officials from the Department of Homeland Security and FEMA are giving classes to the U.S. Muslim Brotherhood leadership to show them how to get federal grant money to FORTIFY their mosques.

In legal terms, this is "giving aid and comfort to the enemy." It is also entering a conspiracy to overthrow the United States, since that is the overtly stated goal of the U.S. Muslim Brotherhood.

There is so much incompetence, corruption, criminal negligence, and treason for Americans to see right before their eyes today. However, this negligent and treasonous behavior is not limited to federal officials alone.

While Americans are paying attention to the implosion of Afghanistan thousands of miles away, here at home jihadis similar to the ones who defeated the United States in Afghanistan are preparing for war.

Leaders unwilling to identify real threats in their communities from Taliban-like jihadis and their growing networks ignore these grave dangers to the peril of American citizens in all 50 states.

What are governors, state legislators, mayors, city/county councils, police chiefs, and community leaders doing to root out this cancer?

Sunday, a sharia-adherent muslim from Garland, Texas named Imran Ali Rasheed killed his Lyft driver and then drove her car to the Plano Police Department where he began shooting at PD employees. 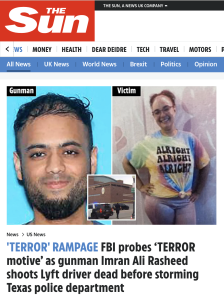 Rasheed was shot and killed by police.

The FBI's Special Agent in Charge of the Dallas Field Office Matthew DeSarno says Rasheed "may have been inspired by foreign terrorists."

Jihadis do not need to be affiliated with or "inspired by foreign terrorists." They merely need to be sharia-adherent doing what normative and universally taught Islamic doctrine commands them to do.

Where did Imran Ali Rasheed learn that it is a command from god (allah) to wage war on non-muslims until "allah's divine law" (sharia) is the law of the land on the earth? 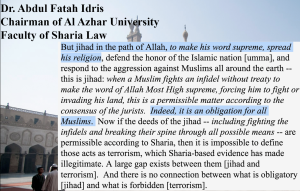 Al Azar is the oldest and most authoritative school of sunni Islamic jurisprudence in the world. 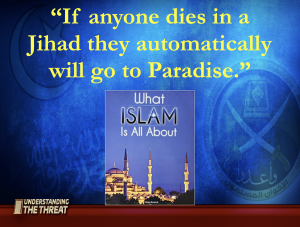 The most widely used text book for 7th graders in U.S. Islamic schools

Where did Imran Ali Rasheed learn that non-muslim police are evil and are enemies of Islam?

"Giving Directions to Someone Who Wants to Do Wrong: It is not permissible to give directions and the like to someone intending to perpetrate a sin, because it is helping another to commit disobedience…Giving directions to wrongdoers includes: Showing the way to policemen and tyrants when they are going to commit injustice and corruption." [Note: anyone enforcing any law outside sharia commits injustice and corruption in Islam].

Since all of the mosques, Islamic schools, and Islamic organizations in the Dallas – Fort Worth area teach the purpose of Islam to wage war against non-muslims until sharia is imposed on every human, maybe Rasheed, who lived in Garland (TX), was not "inspired by foreign terrorists" but was simply taught to do what he did at the local Islamic organizations. 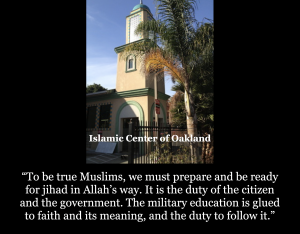 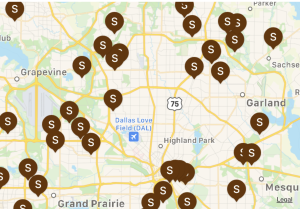 Islamic Centers/Mosques in a portion of the DFW area that teach what the Taliban teach. Source: Salatomatic.com

Maybe Rasheed learned to kill infidels and police at the Muslim Brotherhood's Islamic Society of Mesquite.

Maybe Rasheed learned to kill infidels and police at the Mesquite Islamic Center.

Maybe Rasheed learned to kill infidels and police at the Muslim Brotherhood/Hamas' Islamic Association of Mesquite.

Maybe Rasheed learned to kill infidels and police at the Garland Makkah Masjid.

Maybe Rasheed learned to kill infidels and police at the Dallas Islamic Center.

Did Rasheed volunteer at the Islamic Services Foundation? If he did, maybe he learned to kill infidels and police there since it is a Muslim Brotherhood owned organization?

Did Rasheed ever work on Goodfellow Air Force Base in San Angelo, Texas where jihad against Americans was taught at the "muslim prayer room" there?

Maybe Rasheed went to events hosted by the Foreign Terrorist Organization (FTO) Hamas doing business as the Council on American Islamic Relations (CAIR), read their literature, and followed their teachings.

This is the same Hamas/CAIR which hosts "Muslim Day" at state capitals around the United States while state legislators do little to stop it.

Is the Texas Department of Public Safety aware Texas is a major center for jihadi activity in the United States?

Has the Texas Department of Public Safety opened up a statewide conspiracy investigation on the terrorist support network primarily operated by the Muslim Brotherhood? If not, why not?

Since there have been more jihadi – "terrorist" – attacks in Texas than any other states, it seems reasonable to ask what measures Texas Governor Greg Abbott has taken to dismantle the jihadi network in Texas?

The simple answer is that Governor Abbott, like other governors, has done nothing.

While it is true many U.S. generals, admirals, and federal officials and civilian leaders should be prosecuted for criminal negligence and, in some cases, treason, many more police chiefs, mayors, state law enforcement agencies, state legislators, and governors bear responsibility for allowing Taliban-like networks to sprout up in their states and cities while doing nothing but "outreaching" to them.

How long will local and state officials "keep an eye" on these American Taliban fighters?

If you want to protect your community and do what none of the law enforcement and government agencies in your state are willing to do – deal with these threats now – UTT remains the only organization in America which empowers you to do so.

Contact UTT today and begin your journey to true liberty in our INTO ACTION training program so you and your neighbors can take the fight to the enemy and put FREEDOM back on the offensive where it belongs.

This item is available on the Militant Islam Monitor website, at http://www.militantislammonitor.org/article/id/7941