Baudet, founder and leader of The Forum for Democracy (FvD), has written a heartfelt paean to Western civilization and democracy and provides a well-thought-out agenda to preserve both. "The Politics of Common Sense" is in turn a political manifesto and a poetic exploration of art, culture, and traditions that are the foundations of Europe's Judeo-Christian heritage. 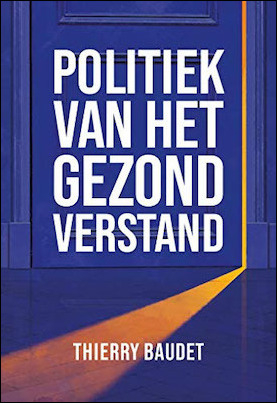 The book is divided into four parts focusing on the think tank, politics, culture, and a collection of vignettes. All the material was published before in various newspapers and magazines and includes a prize-winning essay written at age sixteen entitled "My World in 2040."

Baudet recounts the rapid transformation of his think tank into a political party, briefly one of the biggest in Holland. He outlines the "Three Big Projects" that must be addressed to prevail over Islamism and for Holland to remain a sovereign state rather than a satellite of the European Union: ending unfettered immigration, resisting European unification, and rejecting oppressive and destructive climate change regulations. His solution is for Holland to withdraw from the EU, ending its obligations to take in refugees, and refusing to be forced to adopt costly and useless efforts to combat claims of climate change.

The Dutch media that demonizes Baudet as a "rightwing populist" has for the most part ignored this book. It did, however, have a field day when the FvD was rocked by an anti-Semitic and anti-gay scandal set off by internal communications from the youth wing of the party. Baudet subsequently resigned as head of the party, only to be reinstated.

Even more disconcerting was a picture that surfaced with Baudet holding up a copy of Hitler's Mein Kampf. The explanation offered was that he was advocating for the sale of the book, which is banned in Holland. The photo, however, is more than "bad optics," and Baudet's own book must be seen in the light of these occurrences.

Taken on its own, it is eminently readable and entertaining, part ideology, part philosophical musings, part a celebration of Western culture. But the recent revelations leading to the party's implosion cannot be ignored and provide both a perspective and a caution.