This item is available on the Militant Islam Monitor website, at http://www.militantislammonitor.org/article/id/5252

Militant Islam Monitor- 5/8/12- Mabel Wisse Smit, the wife of Dutch Prince Friso, who has been in a coma for months after a sking accident has resigned as CEO of the anti semitic think tank The Elders'. The think tank was founded by Nelson Mandela and is chaired by notorious anti semite Desmond Tutu and describe themselves as " an independent group of global leaders who work together for peace and human rights." http://www.theelders.org/about

A 2007 UK Telegraph article explained that:

"Nelson Mandela and five other senior statesmen will today form themselves into a team of international troubleshooters called "The Elders". The initiative, funded by Sir Richard Branson, will be launched in Johannesburg during celebrations marking Mr Mandela's 89th birthday.The idea is that he will team up with Jimmy Carter, the former US president, Kofi Annan, the former United Nations secretary-general, Mary Robinson, the former Irish president, Desmond Tutu, the Archbishop Emeritus of Cape Town and Mohammed Yunus, the Nobel Laureate and founder of the Green Bank in Bangladesh. http://www.freerepublic.com/focus/f-news/1868085/posts

"In recent months, Tutu has demonstrated his dedication to peace, justice, and principle in the Middle East, in particular, by speaking up for Hamas and supporting the "Freedom Flotilla" of Islamist jihadists and "internationalist" do-gooders (people who confuse doing good with feeling good about what they are doing) who, in the spring, tried to break the Israeli blockade of Gaza... " http://frontpagemag.com/2010/10/15/obamas-other-anti-semitic-guru/

'Elder' Mary Robinson the anti American and anti semitic former president of Ireland "accused the U.S. of responding to the 9/11 attacks in such a way as to undermine civil liberties not only at home, but around the world." http://pjmedia.com/blog/the-trouble-with-mary-robinson/2/

A notice on The Elders website stated that "The Elders have with reluctance voted for the resignation of Mabel.Mabel will continue to aid the elders of The Elders on a part time basis.She will also remain as an advisor until a new CEO is named..."http://www.blikopnieuws.nl/bericht/144184/Mabel_legt_directeursfunctie_The_Elders_neer_om_Friso.html

Mabel has a history of working for left wing and Islamist causes. She was the chairwoman of the EU branch of George Soros' Open Society Institute and also chaired a charity called War Child'.

".the 'charity' (whose Dutch branch founder Mabel Wisse Smit (employed by George Soros), went from being the lover of jailed Bosnian foreign minister Muhammed Sacirbey, to the wife of Prince Friso of Holland,has announced they 'have decided to stop all support to their partner organisation in Chechnya ...euphemistically saying that they 'could no longer guarantee the effective and controlled managing of War Child project activities' .Translation: the money was 'finding it's way' into the hands of terrorists. http://www.militantislammonitor.org/article/id/2078

In an interview entiteled "Mabel is partly responsible for Srbrenica" Dutch investigative journalist Peter Siebelt (who has written a book about Mabel) stated that:

" She is co founder of War Child in Holland, works for the Soros Foundation, which waged a vicious campaign against Bush, and was the founder of the European Action Council for Peace in the Balkans (EACPB)- which is in reality a lobby club for Bosnian Muslims". http://www.militantislammonitor.org/article/id/2213

The Middle East Peace' page of The Elders website features a picture of Jimmy Carter (himself an Elder'and a vicious anti semite) walking in a demonstration in The Sheikh Jarrah area of Jerusalem together with people holding signs with slogans such as "Stop settlement in East Jerusalem". The Sheikh Jarrah neighborhood has become a flashpoint for violent anti Israel protests

"The Elders have written to world leaders urging them to support Palestinian unity. Having welcomed the reconciliation agreement signed between Fatah and Hamas in May 2011,.." http://www.theelders.org/middle-east-peace

The resignation of Mabel Wisse Smit as CEO of The Elders due to the accident of her husband is yet another example of how members of the Dutch royal family have been aiding and abetting leftwing, anti semitic and pro Islamist causes.

Mabel van Oranje resigns as CEO of The Elders

The Elders have reluctantly accepted the resignation of Mabel van Oranje as Chief Executive Officer of the organisation, with immediate effect.

Mabel van Oranje will continue to assist The Elders as Senior Adviser on a part-time basis, providing strategic input on major initiatives, including Girls Not Brides: The Global Partnership to End Child Marriage, as well as management advice, until a new CEO is appointed.

The Elders have appointed Katy Cronin as Chief Operating Officer to lead their London-based team and ensure the continuity of their work.

Mabel van Oranje tendered her resignation in consideration of her personal situation, which does not allow her to devote herself to the responsibilities of CEO. In February, Mabel van Oranje's husband, Prince Friso, was caught in an avalanche and remains hospitalised.

Since her appointment in July 2008, Mabel van Oranje has worked closely with the Elders to realise Nelson Mandela's vision for the group as independent leaders using their collective influence to support peace and human rights worldwide. 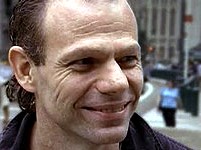 The 'charity' War Child was used a a cover for arms lobbying during the Bosnia war. War Child was always a politically dubious organisation, and was involved in financial scandals before. The current scandal in the Netherlands about the fiancee of Prince Friso - Mabel Wisse Smit - has unexpectedly given an insight into War Child. Mabel was a co-founder of War Child Netherlands, and that is not as admirable as it seems.

The scandal has been misreported outside the Netherlands as a sort of romantic tragedy. Even in the Netherlands, attention concentrated on Mabel's affair with gangster Klaas Bruinsma while she was at university.

But the later period is much more interesting. The truth is that Mabel Wisse Smit was thoroughly involved in the international pro-Bosnia lobby, including its illegal arms lobby activities. She worked at the United Nations in 1993: there was an all-out war in Croatia, and the Bosnian war was starting. See the chronology

There she met the charismatic Bosnian ambassador to the UN, Mohammed Sacirbey, and began an affair with him which lasted several years. He later became Foreign Minister - he is now in an American jail awaiting extradition to Bosnia, on charges of embezzlement during that time.

Mabel helped him with his lobby work on behalf of Bosnia, her role was largely behind the scenes. The Dutch inquiry into the Srebrenica massacre later confirmed that the two of them had direct access to the Foreign Ministry, and influenced Dutch policy, in the run-up to the massacre (1995).

In 1994 Mabel set up the 'European Action Council for Peace in the Balkans', she did that together with Willemijn Verloop en the lawyer Phon van den Biesen. Van den Biesen represented Bosnia at the International Court in The Hague, when Bosnia charged rump 'Yugoslavia' (= Serbia) with genocide. He made the opening speech together with Sacirbey. The EACPB operated from his office. It is very unclear what exactly it did at the time, or since. Two meetings in the last 8 years are all that show on internet searches. But it's clear that the founders defined 'peace' as Bosnian success in the war - not as the absence of fighting.

By mid-1995 the war had reached a critical phase. The Croatians went on the offensive with American-trained troops, and captured the Serb-inhabited Krajina region in August. In July, Serb forces had captured Srebrenica, which was protected by Dutch troops, they abandoned the enclave. Details of the subsequent killings there emerged during the following months.

During 1995 the same three people set up a Dutch branch of the existing English 'charity' War Child. Willemijn Verloop was paid by the EACPB - its funding is also unclear - to organise its activities. So War Child Netherlands was being run by the Bosnian Foreign Minister's girlfriend, the Bosnian governments lawyer, and its organiser was in paid service of a separate political organisation - of which all three were directors.

The Bosnian forces were under severe pressure in 1995. They were geographically isolated and badly armed, and Sarajevo was surrounded. Officially no-one could help them militarily, because there was an arms embargo. UN Resolution 713, adopted in 1991, states:

"...all States shall, for the purposes of establishing peace and stability in Yugoslavia, immediately implement a general and complete embargo on all deliveries of weapons and military equipment to Yugoslavia until the Security Council decides otherwise following consultation between the Secretary-General and the Government of Yugoslavia".

1. to seek secret arms supplies from western powers. That meant they would break their own arms embargo, but they had already done that to aid the Croatians.

2. to campaign to get the arms embargo lifted. Pro-Bosnia campaigners in the west supported this option.

3. to encourage a NATO invasion of Bosnia, which would be a de facto war against the Serb militias.

4. to seek illegal arms supplies from others, mainly Muslim states. Bosnia certainly got arms, and money to buy arms, from a network of Islamic sympathisers, including the then little-known Osama bin Laden. Supplies through Croatia in 1995 were tacitly approved by President Clinton. For the Iran-Bosnia connection, see

Sacirbey would have been involved with all of these strategies. He certainly tried openly to break the arms embargo, see this Reuters item for instance...

NICOSIA, July 24 1995 (Reuter) - Iranian Foreign Minister Ali Akbar Velayati was quoted on Monday as saying defence ministers and military chiefs from eight Moslem states will meet soon to discuss ways of helping Bosnia's beleaguered Moslems. Veleyati, quoted by IRNA in an interview with the Tehran daily Iran, said the military chiefs would 'discuss practical ways to help Bosnian Moslems." Bosnian Foreign Minister Mohammed Sacirbey, who attended the Geneva meeting, told a news conference later that he had been given pledges of weaponry and that OIC military chiefs and IRNA said Velayati stressed in his remarks to the newspaper that 'according to the article 51 of the United Nations charter, the Bosnian government has the right to conclude bilateral defensive contracts with other countries.
---------

This is the kind of activity which Mabel Wisse Smit supported, at the same time as she was a director of War Child. The 'children's aid charity' War Child provided an alibi, for her activities together with Sacirbey. There are unconfirmed recent reports from Bosnian media, that she was involved in one specific arms deal, with Egypt. But she was certainly aiding Bosnia in the pursuit of the 4 strategies named above, all of them military.

The founders of War Child in Britain, Bill Leeson and David Wilson, must have known what they were doing, when they let Mabel Wisse Smit use their organisation's name and logo. They must have known that the EACPB was a pro-Bosnian group, and that she had links to Sacirbey. But in any case, War Child was funded from the start by the British government: it was never a neutral aid organisation, and they would not have got funding if they did not serve British policy. And it was not as squeaky-clean as its stated aims imply. Leeson left War Child after taking a bribe from contractors for its prestige Pavarotti Music Centre in Mostar, see

"The severe psychological wounds that war inflicts on children can scar them for life, crippling the very generations that must one day re-build their devastated countries."

Then why support western intervention, and why provide cover for the arms lobbyists of nationalist movements?

This item is available on the Militant Islam Monitor website, at http://www.militantislammonitor.org/article/id/5252