This item is available on the Militant Islam Monitor website, at http://www.militantislammonitor.org/article/id/3646 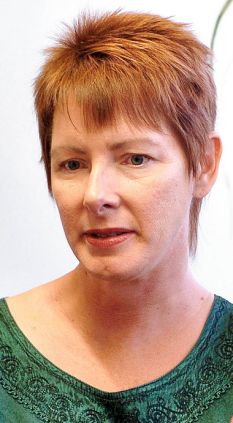 Defiant: The novel's American author Sherry Jones has defended her work The author of a novel about the prophet Mohammed that provoked a fire-bomb attack on the publisher's home today insisted that Muslims should read the book. Sherry Jones dismissed claims that The Jewel of Medina was 'soft core pornography' and insisted that it is respectful towards Islam. She said the attack on the £2.5million London home of its UK publisher, Martin Rynja, at the weekend was 'a reprehensible act of violence by criminals'. Muslim extremists have also warned the publisher that he faces death for going ahead with the novel about the prophet's child bride, which includes a description of the night they consummate their marriage. But Miss Jones said: 'When people read my book I fully expect the people who are going to be my biggest detractors will be the ones who hate Muslims. 'They will be unhappy to see how compassionately Mohammed comes across.
'I have not dishonoured the Prophet. I say: read the book, I wrote it with the intention of honouring him.' Random House cancelled a £54,000 book deal with its U.S. author last month, fearing a violent reaction by 'a small radical segment' of Muslims.
It followed comments from Denise Spellberg, a professor of Islamic history at the University of Texas, who claimed the book had turned a 'sacred history into soft core pornography.' But Miss Jones, a U.S. journalist demanded an apology from the academic for her 'slanderous' comments. 'She used the most inflammatory language she could possibly have used.
'If you want to incite heated emotions from any religious group you just use the word "pornography" in the same sentence as their revered figures. 'She ought to take back her words because it is in no way an accurate description of my book.
'There are no sex scenes in it.' 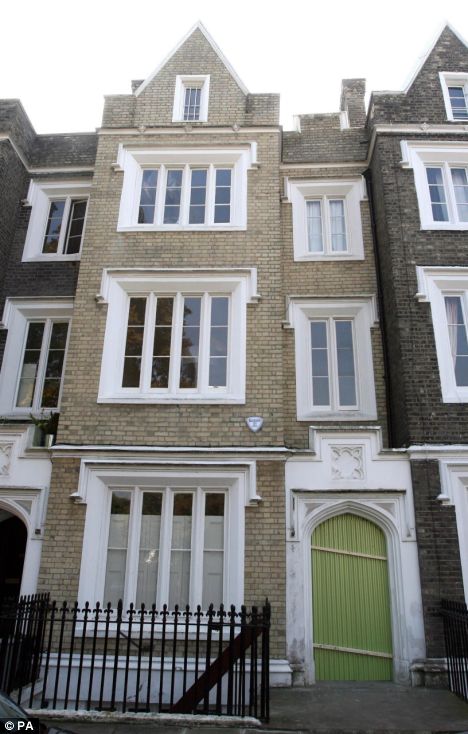 Target: The home and office of publisher Martin Rynja in London, who was targeted by alleged extremists Yesterday the right-hand man of preacher of hate Omar Bakri said the fire-bombing was the 'thin end of the wedge'.
Anjem Choudary, a former member of radical Islamist group al-Mujaharoun, said: 'This book is an attack on the honour of Mohammed. It is clearly stipulated in Muslim law that any kind of attack on his honour carries the death penalty. 'People should be aware of the consequences they might face when producing material like this. They should know the depth of feeling it might provoke. 'If the publication goes ahead then I think, inevitably, there will be more attacks like this. The repercussions will be very severe for everyone associated with it. It is not me that is doing petrol bombing, but I understand their feelings.' There was uproar 20 years ago with the publication of Salman Rushdie's novel The Satanic Verses, which was interpreted by some Muslims as an attack on their faith. It led to death threats, riots and the murder of the book's Japanese translator. In 2005, there were worldwide protests in which 100 died, after a Danish newspaper published cartoons deemed offensive to Islam. Yesterday Mr Rynja's five-storey home in Islington, North London, remained boarded up. The 44-year-old was not in the house when the attack happened in the early hours of Saturday.
Armed anti-terrorist officers were lying in wait after receiving intelligence of a planned raid.
Neighbour Alain Magellon, 46, said: 'I looked out of the window and could see smoke coming from the front door. There were people screaming, and I could see armed police and firemen. If he is publishing this kind of book then he will be aware of the risk involved.' Officers pinned two of the suspects up against a wall 20m from the house. A third was arrested a few minutes after the attack outside a nearby Tube station. Several homes were evacuated while the fire was put out. Mr Rynja runs his company Gibson Square Books from the basement of his home in the exclusive Georgian square. He agreed to publish the novel after Random House cancelled a =C 254,000 book deal with its U.S. author Sherry Jones last month, fearing a violent reaction by 'a small radical segment' of Muslims. Denise Spellberg, a professor of Islamic history at the University of Texas, had criticised the book as a 'very ugly, stupid piece of work' and a deliberate misinterpretation of history. 'You can't play with a sacred history and turn it into soft core pornography,' she said. But Miss Jones says there is almost no sexual content in the book.
She said: 'How does this bode for the future of publishing? What will be banned next? Art? Music? Theatre? Dance?' Before the attack, Mr Rynja, had said: 'In an open society, there has to be open access to literary works, regardless of fear.' Scotland Yard said three men aged 40, 22 and 30 were arrested under the terrorism act. Four addresses in East London were also being searched.

A tale of lust? 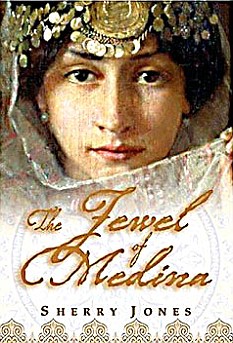 Described by critics as a tale of 'lust, love and intrigue in the Prophet's harem', The Jewel Of Medina traces the life of A'isha, Mohammed's favourite wife.
It tells of her marriage aged nine to Mohammed, who is much older, and how she is forced to use her wits and sword to defend her position as=2 0he takes another 12 wives and concubines.
The basic facts of the narrative are generally accepted. But critics say the novel 'misinterprets and falsifies sacred history' by adding scenes invented by the author.
Most controversially, it includes a description of the night the couple consummate their marriage.
Another critic has accused it of turning the story into 'chic lit' and being full of Mills and Boon-style phrases.
The novel also tells how, at 14, A'isha almost betrays her husband after they are separated as they travel together. She is rescued by a childhood friend who tries to seduce her. She resists, but the scandal rocks Medina. When she returns, a mob accuses her of adultery.
Mohammed's friends urge him to divorce

This item is available on the Militant Islam Monitor website, at http://www.militantislammonitor.org/article/id/3646